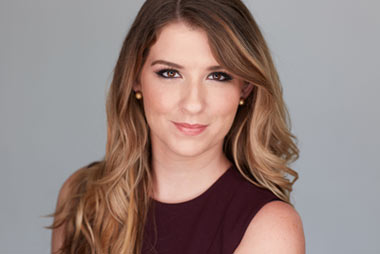 Hailed by Opera News as “vocally distinctive,” Alyssa Martin is quickly garnering attention as a standout young singer in a variety of repertoire. Ms. Martin has trained on the stages of the most prestigious Apprentice Programs in the United States, including The Santa Fe Opera, The Glimmerglass Festival, Opera Theatre of St. Louis, Des Moines Metro Opera, and Arizona Opera. Recently, Ms. Martin made a return to the Glimmerglass Festival to début The Fox in a new production of Janáček’s The Cunning Little Vixen, sang the First Witch in Dido and Aeneas in the Catacombs of Brooklyn with Unison Media, and made her Kennedy Center debut as the 2nd Soprano soloist in Penderecki’s Credo with the Indianapolis Symphony Orchestra. She also performed the role of Angelina in La Cenerentola with Virginia Opera. Other 2020 engagements were to include Cendrillon at Opera Birmingham, Scalia/Ginsburg with Virginia Opera, and a return to Dallas Opera for Il barbiere di Siviglia.

Ms. Martin was named a winner of the 2016-17 Sullivan Foundation Award and also received the Campbell Wachter Award from The Santa Fe Opera. Other prestigious awards include 1st Prize in both the Opera Columbus Cooper-Bing Vocal Competition and the Opera Birmingham Competition. She has been a winner in the Metropolitan Opera National Council Auditions in both the North Carolina District and the Arizona District, in which she went on to place 3rd at the Western Region Finals. She has been the recipient of numerous awards from organizations such as The Jensen Foundation, Orpheus Vocal Competition, Young Patronesses of the Opera, Opera Guild of Dayton, and the Partners for the Arts.

Ms. Martin completed her studies at the prestigious Indiana University Jacobs School of Music where she obtained both a bachelor’s and master’s degree under the instruction of Patricia Stiles and world-renowned soprano, Carol Vaness. Ms. Martin is a native of Greensboro, NC.