“Mezzo-soprano Cara Collins sang Brittomara with power and dark hued radiance, and her patter aria in disguise as a ditsty hairdresser was one of the evening’s delightful surprises.”
– Georgie Rowe, Opera News 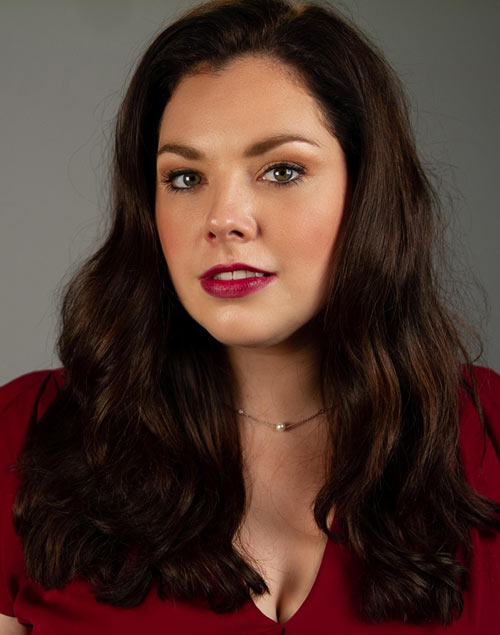 Praised for the “sweet and seductive” tones of her voice, mezzo-soprano Cara Collins is establishing herself through rich singing and dynamic acting. Collins most recently performed the title role of the shapeshifting devil Brittomara in Jake Heggie and Gene Scheer’s World Premiere of If I Were You at the prestigious Merola Opera Program, and is scheduled to perform in Amarillo Opera’s performance of Die Fledermaus as Prince Orlofsky.

Previously, she performed Third Lady in The Magic Flute as a Sarasota Opera Apprentice Artist, Dinah in Trouble in Tahiti at Opera on the James as a Tyler Young Artist, and at Opera North as a Resident Artist, noticeably receiving acclaim for her “hilarious romp as Bartolo’s housekeeper Berta” in Il barbiere di Siviglia. Collins received training from SUNY Purchase Conservatory of Music, Westchester Summer Vocal Institute, Taos Opera Institute, and Classical Lyric Arts – Italy.