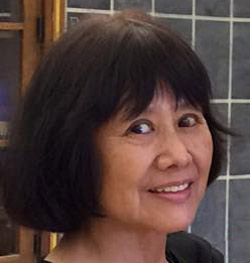 Mitsuko Ichimura has concertized extensively throughout Japan and the US, as a soloist and in collaboration with other artists on stage and on television. She is known for her huge coloristic range and lyricism.

Ms. Ichimura is founder and director of the Ichimura Music School in Englewood Cliffs, NJ, where she produces strong performers and professional musicians from enthusiastic young pianists.

Since 2003, she has also been active in the Connecticut area providing a new door for the young musicians. She conducts master classes in several cities in Japan and the US for piano and chamber music. Her students have gone on to study at such prestigious schools as the Juilliard School, Toho School in Tokyo, the Royal Academy in London, Tokyo University of the Arts, and Manhattan Music School. Her students have garnered awards at major national and international competitions and are often featured in music festivals around the world.

Frequently, young professional pianists travel from overseas to New York for intensive study with her before important concerts, auditions or competitions. Ms. Ichimura regularly conducts Master Classes and performance workshop in Japan. As an authority on musical education, she has appeared on cable television and as a guest speaker at cultural institutions. According to the New York Education Guide published by U.S. Japan Publications New York: “She not only builds pianists, teaching them the technique of playing an instrument and communicating to the audience through the instrument, she grows music into their personalities through the instrument. Through this process the student’s individuality is developed. She teaches both the discipline and the pleasure needed for accomplishment in music.”

Ms. Ichimura is a graduate of the Musashino Academy of Music and The Juilliard School. Her teachers include Beveridge Webster, Felix Galimir and Leonid Kochanski. She has taught at the State University of New York at Purchase and also was director of Parnassus International Music Institute at SUNY, Purchase where many young musicians gathered from all over the world for intensive master classes and performances during the summer.