“Rafael Porto genuinely conveyed his dedication and love for the steamboat El Dorado, his bass-baritone pure, especially in his higher register, bringing a soft gravity to his scenes.”
MiamiARTzine – Steve Gladstone 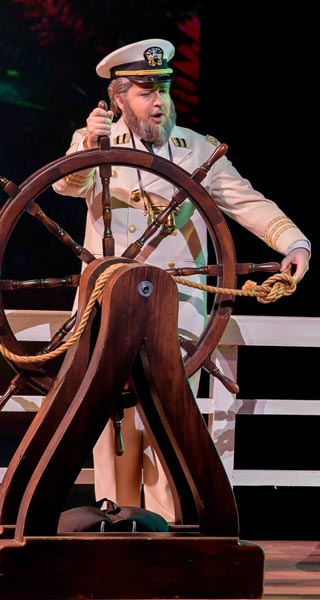 As the Captain in Florencia en el Amazonas. 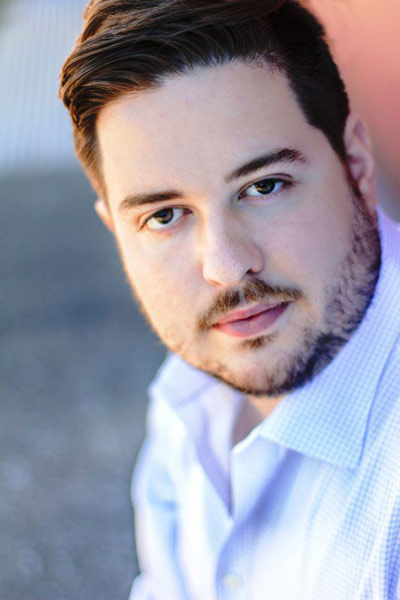 Praised for his “warm, pure tones,” the Brazilian Rafael Porto is quickly gaining attention as a young bass-baritone. A lover of new works, he most recently created the roles of Guard in David Lang’s world premiere of prisoner of the state with the New York Philharmonic and Putnam in Jake Heggie’s world premiere of If I Were You at the Merola Opera Program in San Francisco.

In the 2018-2019 season, Porto performed as Luther and Crespel (Les contes d’Hoffmann) at Nashville Opera, made his debut at the Northern Lights Music Festival as Bartolo (Il barbiere di Siviglia), and performed the roles of Bartolo (Le Nozze di Figaro) and Johann (Werther) with Florida Grand Opera. Previously at Florida Grand Opera, he performed Capitán (Florencia en el Amazonas) with internationally acclaimed soprano Ana María Martínez and 1st Nazarene (Salome). Mr. Porto made his Lincoln Center debut this past season as Dr. Grenvil in La Traviata with the Philharmonia Orchestra of New York which tours Japan in 2019. Other seasons have included Commissioner (Madama Butterfly), Billy Jackrabbit and José Castro (La Fanciulla del West), and Don Basilio (Il barbiere di Siviglia) with Indianapolis Opera and Sacristan and Jailer (Tosca) with Nashville Opera among others.

On the concert stage Porto has been guest soloist in Beethoven’s Symphony No. 9, under the baton of Carl St. Clair; Vaughn Williams’ Serenade to Music under the baton of Raymond Leppard along with Haydn’s Creation, Mozart’s Requiem, Bach’s St. John Passion, P.Q. Phang’s A Vietnamese Requiem, Mozart’s Regina coeli, Mendelssohn’s Die erste Walpurgisnacht and Elijah. He is also a frequent recitalist at the Caramoor Center for Music and the Arts.

Mr. Porto was named a Grand Prize winner of the National Orpheus Vocal Competition in 2016 and was a finalist at the prestigious Eleanor McCollum Competition of Houston Grand Opera. He has been a winner in the Metropolitan Opera National Council Auditions twice at the district level and went on to win an Encouragement Award as a Regional finalist.

Mr. Porto holds received his education from the prestigious Jacobs School of Music at Indiana University and Butler University in Indianapolis.