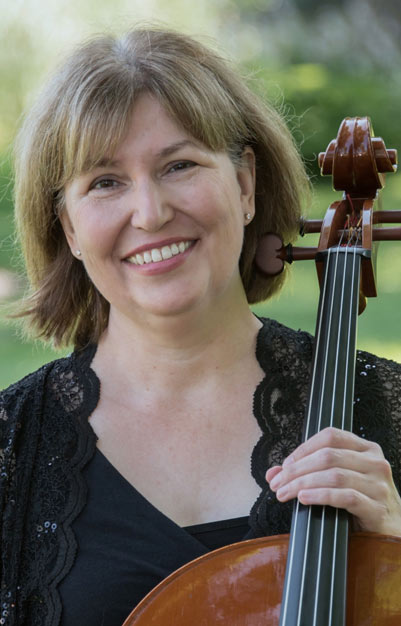 Sally Gibson Dorer is an active freelance performer and teacher in the Twin Cities. She is a member of the Minnesota Opera Orchestra and performs frequently with the Minnesota Orchestra. In addition, she has performed on Prairie Home Companion with the house band, and she has also performed with the St. Paul Chamber Orchestra.

She enjoys teaching in her private studio and has coached youth symphonies in Florida, New Mexico, and Minnesota. She has also served on the faculty of Carleton College and Augsburg College as a cello instructor. Before moving to Minnesota, Ms. Dorer was a member of the New Mexico Symphony, the Santa Fe Symphony, Santa Fe Pro Musica, and she also performed with the Santa Fe Opera Orchestra. For five years, she was the Assistant Principal Cello of the Florida West Coast Symphony, and a member of the New Artists String Quartet, which performed recitals throughout Florida. Ms. Dorer studied at both the Eastman School of Music and the New England Conservatory of Music, and her teachers have included Timothy Eddy, Dudley Powers, and Martha Gerschefski.

She is an avid chamber music performer and has done many educational concerts with quartets and also with Trio Callisto, an ensemble consisting of flute, harp, and cello. She has also performed many Kinder Konzerts for the Minnesota Orchestra, performing in a small ensemble for preschoolers at Orchestra Hall. Since 2011 she has been a member Trio St. Croix, a Piano, Violin, Cello Trio.

Many of her students have participated in Minnesota Youth Symphonies, Greater Twin Cities Youth Symphonies, Music Camps, and have gone on to pursue cello in colleges across the country. She has a particular interest in cello choir music and enjoys playing and performing with her students.