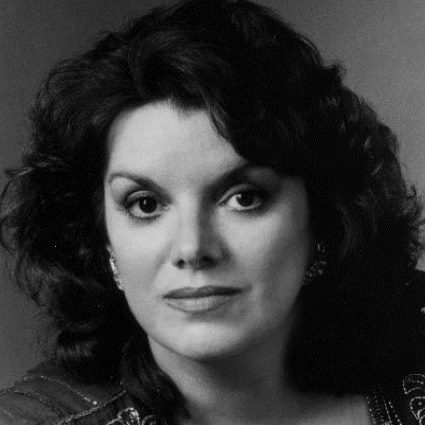 Since her debut as Amneris in Aida at the Metropolitan Opera in 1994, Barbara Dever has been in demand throughout the world for dramatic mezzo-soprano operatic and concert repertoire. In 16 seasons at the Metropolitan Opera, Miss Dever has been heard in the house as Azucena in Il trovatore, Amneris in Aida, and Ulrica in Un ballo in maschera, Eboli in Don Carlo, and Herodias in Salome. 2009-2010 marked her 17th season at the Metropolitan, where she performed in Il trittico and as the Countess in The Nose. She was also heard as Mary in Der Fliegende Holländer with the Canadian Opera Company of Toronto, in Mahler’s Symphony No. 3 and Des Knaben Wunderhorn in Mexico City with the Mineria Orchestra.

Miss Dever made her Boston Symphony Orchestra debut at the 2008 Tanglewood Festival as Filipievna in Eugene Onegin, under the baton of Sir Andrew Davis. She repeated the role at the Metropolitan and made her Spoleto Festival USA debut in Louise by Charpentier. Miss Dever made her debut at the Canadian Opera in Toronto as Genevieve in Pelleas et Melisande, followed by Filipievna in the same house.

Most recent seasons have brought Miss Dever to the Opera Company of Philadelphia as Ulrica in Un ballo in maschera, and for her debut at the Teatro Real in Madrid as Mere Marie in Les Dialogues des Carmélites, Vancouver as Ulrica in Un ballo in maschera, to Philadelphia as Amneris in Aida, to Mexico City for Mahler’s Symphony No. 8, and to Paris with L’Orchestre National de Ile de France for Mahlers Symphony No 2. Miss Dever made her long awaited debut at La Scala in Milan in the 2003-2004 season as Mere Marie in Les Dialogues des Carmélites under the baton of Riccardo Muti, was in Mexico City for The Messiah, and returned to Philadelphia as Azucena in Il Trovatore. In recent seasons Miss Dever was in Tokyo for the Saito Kinen Festival to sing Beethoven’s Ninth Symphony, which was recorded for Phillips and Decca, under the baton of Seiji Ozawa. She returned to Tokyo with the New National Theatre for Azucena, was Fricka in Das Rheingold in Mexico City, Amneris at the Metropolitan Opera, debuted with the Philadelphia Orchestra in a series of Holiday Concerts, was with Zubin Mehta and the Israel Philharmonic Orchestra for Mahler’s Kindertotenlieder and Symphony No. 3 and returned to the Philadelphia Orchestra for Beethoven’s Symphony No. 9, and debuted with the Florida Philharmonic in The Messiah.

Miss Dever has been Eboli in Tokyo, was both the Princess de Bouillon in Adriana Lecouvreur and as Amneris in Aida in Catania and Arena di Verona, was Fricka in New Orleans, Azucena in Cagliari and Detroit, Klytamnestra in Elektra in Virginia, and Herodias in Salome with the Israel Philharmonic Orchestra, and as Azucena for the Washington Opera, and Amneris in Montreal and Mexico City. Miss Dever opened the 1999-2000 season as Herodias in Salome in Mexico City, followed by her debut at the Vienna State Opera as Eboli where she returned later in the season as Amneris. Miss Dever was heard in opera galas at The Academy of Music in Philadelphia, was Azucena in Il trovatore in Parma, was soloist in Mahler’s Symphony No. 3 in Reykjavik and closed the season with her return to Philadelphia as Herodias in Salome and as Azucena in Mexico City. Recent seasons for Miss Dever have included performances as Azucena in Antwerp, Eboli at the Casals Festival in Puerto Rico, Ulrica in San Diego, and Adalgisa in Catania’s Norma.

In 1998 Miss Dever was Dalila opposite Placido Domingo’s Samson in Mexico City, was in Palermo for the grand re-opening of the Teatro Massimo as Amneris in Aida, was heard at the Maggio Musicale Fiorentino in the Missa Solemnis under the baton of Zubin Mehta and gave a Lieder recital at the Rutgers University SummerFest. She traveled to Vancouver and Santiago as Azucena in Il trovatore, and added two new Verdi roles to her Metropolitan Opera repertoire; Eboli in Don Carlo and Azucena in Il trovatore.

Miss Dever sang her first Amneris at the Palacio de Bellas Artes in Mexico City, where she has also been heard as Klytamnestra in Elektra. Miss Dever made her role debut as Fricka in Die Walküre for the Met’s 1993 tour of Japan with conductor James Levine. Miss Dever made her German debut at Berlin’s Deutsche Oper as Amneris, her Argentinean debut with her first performances in the title role in Samson et Dalila at the Teatro Colon in Buenos Aires, and her Italian operatic debut as Amneris at the Arena di Verona under the baton of Nello Santi. Miss Dever has sung Fricka in Die Walküre and Ulrica in Un ballo in maschera at the Teatro Municipal in Santiago, Adalgisa in Norma and Azucena in Il trovatore with the Israel Philharmonic, Ulrica for the Miami and Washington Operas, and Azucena for the Cincinnati Opera.

In addition to her vast operatic repertoire, Miss Dever maintains an active performance schedule with orchestras throughout the world. In recent season she has been heard in Mahler’s Rückert Lieder with the State Symphony Orchestra of Sao Paulo, in the Missa Solemnis and Messiah with Zubin Mehta and the Israel Philharmonic Orchestra, in Des Knaben Wunderhorn with Louisville Orchestra and at the Chautauqua Festival, in the Verdi Requiem with the Florida Philharmonic, the Israel Philharmonic Orchestra, the Pacific Symphony, and the National Orchestra of Mexico, in Mendelssohn’s Elijah with the Netherlands Radio Orchestra with Hans Vonk conducting, and in numerous performances of Mahler’s Symphonies Nos. 2, 3, 8 and Das Lied von der Erde with the National Orchestra of Mexico.

Miss Dever has recorded Amneris for Naxos with the Irish National Orchestra, Azucena in Il Trovatore on Fone, live from Parma, Adalgisa in Norma from the Teatro Bellini in Catania, and is Mere Marie on the DVD release of Les Dialogues des Carmélites with Ricardo Muti from La Scala. Miss Dever has appeared in concert with the late Luciano Pavarotti on Pavarotti Plus, Great Performances at Lincoln Center telecast live throughout North America.