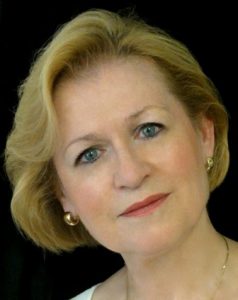 Founding Artistic Director of the Northern Lights Musica Festival, pianist Veda Zuponcic made her formal European debut in 1971 as a recipient of the Martha Baird Rockefeller grant. Critics in London, Vienna, Amsterdam and Berlin noted her powerful and fluent technique, intelligent interpretations, and her natural affinity for Romantic composers.

As a prizewinner in the Alfredo Casella Competition she toured Italy, and since then Miss Zuponcic has performed widely on four continents. Her successful American debut at Lincoln Center’s Alice Tully Hall in 1973 was followed by recital and orchestral performances throughout the United States. She has also played more than 100 concerts and recitals in Eastern Europe, including the Great Hall of the Moscow Conservatory and other prestigious venues in Moscow, St. Petersburg, Dubrovnik, Tbilisi, among others.

Born in Aurora, Minnesota, Miss Zuponcic’s early studies were with Dorothy Crost Bourgin of Virginia. She went on to study at Indiana University with the great pianist and pedagogue Sidney Foster, where she distinguished herself by winning the Rachmaninoff 3rd Piano Concerto Competition and the Performers Certificate.

Further studies were with Ilona Kabos in New York and London, and with Abbey Simon and Seymour Bernstein. She has been Professor of Music at Rowan University of New Jersey since 1972, where she has built a reputation as a successful teacher of students of all ages.

She is the Founding Artistic Director of the Northern Lights Music Festival in Aurora, Minnesota. She has recorded two CD’s for Melodiya: The Romantic Piano and Americans from Moscow including works by Carter, Dello Joio, Fine, Copland and Gershwin.